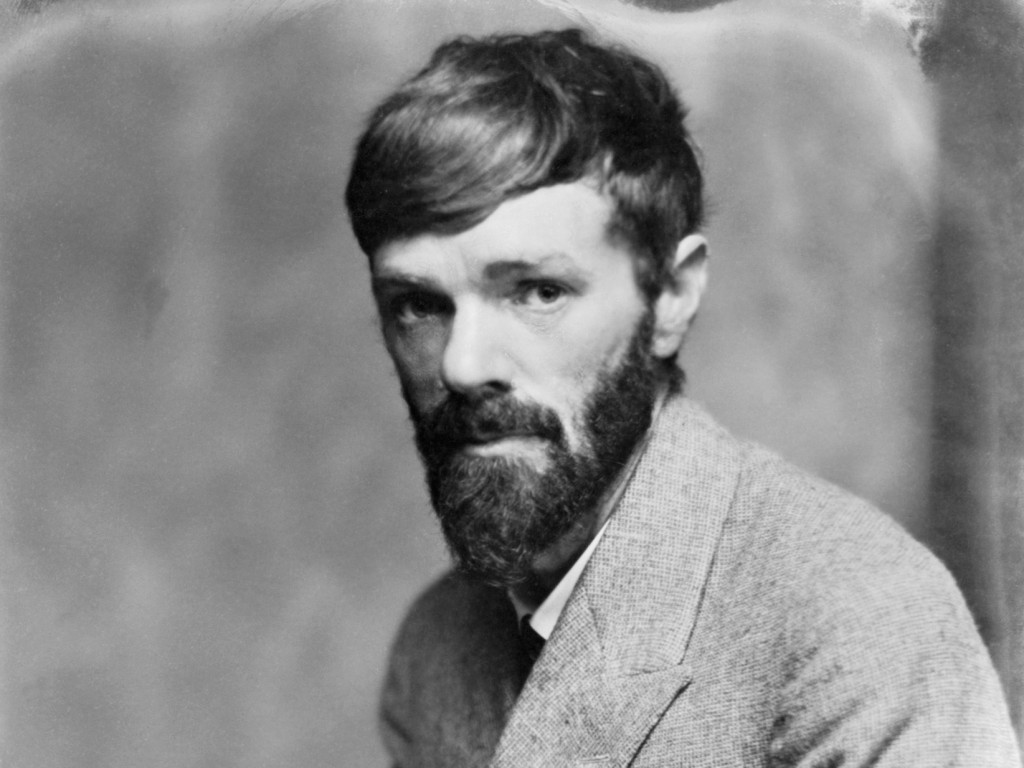 Explore the relationship between fiction and metaphysics and/or ethics in D. H. Lawrence’s short story “The White Stocking”

D.H. Lawrence was well known, arguably notorious, for advocating the doctrine of romantic vitalism both in his life and in his writings. Originally a scientific term, the Oxford English Dictionary defines romantic vitalism as “The doctrine or theory that the origin and phenomena of life are due to or produced by a vital principle, as distinct from a purely chemical or physical force” (Concise Oxford English Dictionary, 1999, p1603). Lawrence’s championing of the philosophy persisted right up until his death in 1930: indeed, as Daniel Fuchs comments, “The voice of romantic vitalism speaks with intransigent integrity in Lawrence to the last” (Fuchs, 2011, p156). In the early twentieth century, romantic vitalism, as Lawrence conceived of it, championed the view that people’s intellectual development had taken precedence over their spiritual and emotional development.

This brief essay will examine how the metaphysical concept of romantic vitalism is explored through the treatment of human love and human weakness within the institution or marriage, and how individuals should behave towards one another within D.H.Lawrence’s early short story “The White Stocking”. “The White Stocking” is a narrative about desire and more specifically about repressed desire: as the very title of the story implies, it is about the idea of repression of sex and sexuality as being injurious to the spiritual and mental well being of the subject. It explores in tangential form a conflict between the physical nature of the body on the one hand, and the external pressures of social convention and an unexpressed, yet omniscient Christian morality which is supposed to govern people’s external conduct.

At surface level, the story is about the relationship between a married couple, in this instance the Whistons- Ted and Elsie- and about a husband and wife at the beginning of another working day, yet the narrative voice foregrounds a potent dichotomy or duality which associates warmth and sensuality with femininity, and more particularly the female body, and conversely coldness and reason with masculinity. Yet, one must acknowledge that ‘The White Stocking’ is a story in which the physical atmosphere and physical objects are invested with a powerful symbolism for characters that convey meanings and resonances that they themselves are not yet aware of, but the process of the story is to show how they gain deeper awareness of these resonances, and their implications for their identities and their relationships with each other.

Right from the very outset, it is heavily implied that Mrs Whiston as a character is (in the eyes of her husband, at least) imbued with a powerful sensuousness and an openness to nature and the natural world:

They had been married two years. But still, when she had gone out of the room, he felt as if all his light and warmth were taken away, he became aware of the raw, cold morning. So he rose himself, wondering casually what had roused her so early. Usually she lay in bed as late as she could. (Lawrence, 2006, p49)

Mrs Whiston has an innate warmth in spite of the coldness of their physical surroundings and of the cold English climate, and it is inferred, in spite of the repression of Christian civilisation that expresses itself through the conventional institution of marriage, as the authorial voice seems to imply. This sensuality and easiness with her body is portrayed as almost descending into a form of sluttish behaviour: in the eyes of her husband, the reader is told that “She looked like an untidy minx, but she was quick and handy enough.” (Lawrence, 2006, p50) The impression that is conveyed is not that of a respectable marriage and a respectable Christian household, but rather of a couple who have perhaps just engaged in frenetic sexual intercourse with each other.

Mrs Whiston/Elsie is presented as a character who is much more open to the possibilities of living within the moment and awareness of the sensuous and sexual possibilities that existence can offer one. The story speaks of how she is ‘interested only in her envelopes this morning’ (Lawrence, 2006, p50). Throughout the story she is repeatedly connected with physicality and with physical objects, as exemplified by the lengthy attention paid to her receipt of the Valentine’s gifts and more specifically, her lengthy interaction with the story’s title object: the eponymous white stocking itself.

Lace as a fabric is associated with physical feeling, with the body and with the skin. Indeed, the story mentions how Elsie/ Mrs Whiston was employed as ‘a warehouse girl in Adam’s lace factory before she was married’ (Lawrence, 2006, p56). Her role within a lace/hosiery factory defines her position and her identity in life prior to marriage: within the context of the story, the idea of fabrics, of lace and in particular, the idea of the white stocking seems to invoke the idea of freedom, independence and an elevated social status, as implied by Elsie’s strange yet eager embrace of the physical clothing and the pearl ear-rings that she presumes she has received as a Valentine’s present from her former suitor.

Examining the incident in closer detail, Elsie’s emotional reaction to each of the gifts that she receives is individually noteworthy: she basically rejects the cartoon Valentine that she receives, more or less, because it offends her romantic and possibly aspirational nature. She is then described as smiling ‘pleasantly’(Lawrence, 2006, p51) at the white silk handkerchief that she receives in the white cardboard box, which contains ‘her initial, worked in heliotrope, fully displayed’(Lawrence, 2006, p51). The third gift, the eponymous white stocking contains a very pleasant surprise in its toe. The authorial voice talks of how she lifts ‘a pair of pearl ear-rings from the small box’ (Lawrence, 2006, p51) and goes ‘to the mirror…looking at herself sideways in the glass. Curiously concentrated and intent she seemed as she fingered the lobes of her ears, her head bent on her side.’(Lawrence, 2006, p51) The message that accompanies the gift that ‘Pearls may be fair, but thou art fairer. Wear these for me, and I’ll love the wearer’ (Lawrence, 2006, p51) and the fact that Elsie has not received these items from her husband, suggests that either she has been and remains an object of romantic infatuation.

As we subsequently learn, Elsie suspects that the pearl ear-rings are a gift from the rich lace manufacturer, Sam Adams, who was previously her employer and, it seems, a suitor who vainly tried to woo her. Suddenly a whole back story opens up, in which a vivid physical portrait of Adams as a lonely bachelor with a ‘fondness for the girls’ (Lawrence, 2006, p56) emerges, and for whom Elsie is the main target of his amorous affections. He is described as wearing ‘a red carnation’ (Lawrence, 2006, p56) in his buttonhole in order ‘to impress her’. (Lawrence, 2006, p56)

Why the intense focus on the details of the Valentine’s gifts? For a start, they appear to symbolise Elsie’s apparent ascent in the world and the sense that the reader gets of a desire on her part to ensure an improvement in her social status and the sense of social identity as being somehow fluid, and no longer fixed. As we learn towards the end of the first story, Whiston has risen in the world, having left Sam Adams’ employ and struck out on his own as a commercial traveller. The irony is that Elsie has apparently rejected the higher social status and greater financial and material security that would have come through marriage to Sam Adams, her former employer, and has followed her heart and her romantic nature and married Ted Whiston instead. Whiston is described in the story as being more physically attractive and more restrained in manner than Adams: the latter is ‘too loud for [Elsie’s] good taste (Lawrence, 2006, p56) whereas the former is described as being ‘a shapely young fellow of twenty-eight, sleepy now and easy with well-being (Lawrence, 2006, p50) The story’s narrative structure shifts towards engagement with the romantic triangle between Elsie, Whiston and Adams. Within the triangle Elsie believes that her beauty and her attractiveness to Adams give her a power over her husband through his rage and jealousy at Adams’ unabated courtship.

At the heart of the story, the titular white stocking comes to represent the rift in the marriage between Ted and Elsie, and yet to symbolise how Elsie draws out the passion and an unexpected redemptive quality in Ted’s character. When they are walking back from the Christmas party after the incident in which Elsie mistakenly dropped the white stocking, it is Elsie’s apparent remorse and regret which leaves her tearful and vulnerable, and which evokes in Ted a need to forgive, and in a moment of sudden epiphany to realise that he cares for and loves her very deeply indeed:

In essence, the Christmas party establishes a pattern of behaviour within the marital relationship whereby Elsie’s continued attraction to Adams both provokes her husband’s violent jealousy to the point where he almost lashes out at her in piques of violence. Yet, if one looks at the relationship and the subsequent marriage between Ted and Elsie, it becomes the way in which her social identity is subsequently defined, and in which she finds a peculiar sense of security:

Inside of marriage she found her liberty. She was rid of the responsibility of herself. Her husband must look after that. She was free to get what she could out of her time. (Lawrence, 2006, p66-7)

This leads us towards consideration of the treatment of marriage within the narrative. At its heart it explores issues of trust, forgiveness and fidelity within marriage, and how well the social institution of marriage can withstand possible betrayal and compromise. The third great epiphany of the story centres on Elsie’s admission to her husband that the pearl ear-rings are not the first present that she has received from Sam Adams. This time, Ted Whiston is unable to restrain himself and hits his wife with a savage force:

Then, quick as lightning, the back of his hand struck her with a crash across the mouth, and she was flung back blinded against the wall (Lawrence, 2006, p71)

One might assume that the modern twenty-first century reader would be shocked and horrified by this expression of violence, and by Whiston’s apparent brutality towards his wife, yet this moment of aggression and physical injury seems to have the paradoxical effect of bringing Ted and Elsie closer together in a sudden and surprising moment of tenderness and compassion. It is almost as if Lawrence is implying that tenderness, cruelty and violence cannot exist apart from one another in marriage, being almost in a form of mutual symbiosis.

In conclusion, this might be a very useful way of describing ‘The White Stocking’ because it is very much a story about relationships and human connections are mutually, helplessly dependent upon each other, and this is how the relationship progresses between Ted and Elsie.