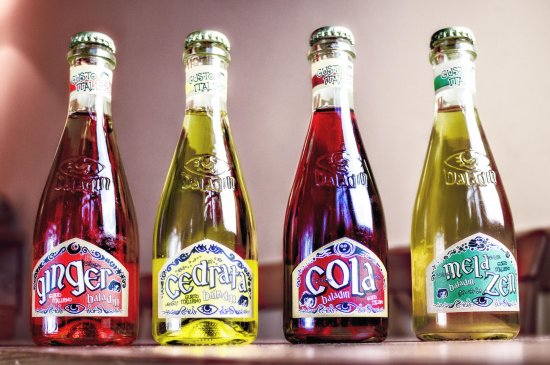 This report outlines some of the key concerns of the Cooperative Groups employees regarding the overall ethical direction of the Group. The Group prides itself on its commitment to ethical business, be it in the fairtrade, environmental or locally sourced areas, and yet it is employees concerns that such standards are inconsistent throughout the Group and are therefore undermining the good reputation of the organisation. This report is particularly critical of the ongoing decision of the group to sell non fairtrade products alongside the groups own fairtrade products, specifically the promotion of these on a national level. In addition, the report emphasises the need to create much stronger links with local communities both as a means of engaging more with the communities in which the group operates, but also to create a more flexible supply structure based on the availability of local products.

It is the employees considered opinion that the issue of fair trade and non-fairtrade is a key problem within the group’s grocery stores at present. The ethical stance taken by the group in sourcing all of its own brand products from sustainable farms and fair trade networks is certainly to be commended, however, the wider decision which has been taken to still stock products such as Nescafe and Galaxy and Mars chocolate continues to undermine this decision. The ethics of this situation are clear – either one is for fair trade and the wider benefits which this brings, or one is against it and believes that the free market will provide for all. By stocking and thereby profiting from products which do not take this stance the group undermines its commitment to these causes , particularly given the fact that the groups own products in this area are high sellers and are particularly competitive. A stronger commitment here would do much to boost the ethical background of the group.

It is also the employee’s belief that this could be tied in strongly with the Cooperative Banks commitment to development projects in developing nations. It seems ridiculous to be giving with one hand and taking with the other and therefore the employees would like to see a more explicit and concrete commitment on this level which could be taken across the Group as a whole. Much of the key development literature on the problem of poverty in Sub Saharan Africa focuses on the problem of creating sustained investment and providing important markets for export for products. The Cooperative Group is in a unique position as the owner of a large bank and a grocery outlet to provide this support and could be a real leader in this field. The public relations benefits of such an approach do not need to be laboured but more importantly there is a real opportunity to use the organisation for good in the world. With the growth of ethical consumerism and the notion of green marketing there is a real opportunity to make a difference in this sector.

It is the experience of many of the Group’s employees that many customers who come to the Groups grocery stores feel somewhat let down by the failure to push forward with stocking local produce. Many of these have highlighted the fact that larger retailers such as Morrison’s and Tesco have made strong headway on dealing with this issue. This issue is a key one in the sense that it engages with several of the key ethical considerations of the Group, as laid out on the Group’s website. These include the environmental considerations of moving products great distances. There is an important issue here with central distribution centres and the way in which these operate. It is often the case that products will be produced in one area of the country, moved to another hundreds of miles away and then returned via a wagon to a point two villages away. This undermines the credibility of the organisation on an environmental level but also on a local level.

Whilst employees appreciate the fact that such operations are often cheaper and are part of keeping the cost down, it is important to acknowledge the good public relations which could be created through enhancing the Group’s commitment to local job creation. A more dynamic supply network would certainly create this as it would require a significant step up in administration for it to be successful. However, the employees of the Group believe that this would be a significant PR coup and would therefore win the Group significant support, particularly in more rural areas. It would combine to create jobs, reduce the carbon footprint of the Group and also help the Group provide a real service to local people. Most people agree that the fresher the produce, the better.

Whilst this report is critical of the Group on several levels it must be acknowledged that the Group is to be significantly commended, particularly when one considers the current situation with many of its major competitors in the Grocery market. However, in a constantly changing world it is vital for such organisations as the Cooperative Group to continue to show the lead on issues such as local produce, carbon reduction programmes and ethical consumerism. To that end the organisation needs to examine fully what it believes the next level to be. This report embodies some of the views which should be seen as coming from the ‘shop floor’. They are based on the direct experience and views of the man on the street and from those who work in the Group’s outlets. Doubtless there are greater ethical considerations to be made and doubtless there are significant economic and financial aspects to be taken into account. However, for the Group to continue to pride itself on its ethical commitment it does need to take the next step forward.

This report suggests that looking to make radical changes in the sourcing of produce could provide a significant amount of jobs in the country (through the necessary management and administration structures which would be created), could reduce the organisations carbon footprint and would provide fresher and therefore better produce to all of its customers. This would represents a public relations coup and would fall directly in line with the Groups ethical commitments.

A further step which the organisation would like to see is through the role of the Bank. Once again, this is certainly deserving of significant support and plaudits for the work which it has done but the employees once again feel that a more concrete set of explicit principles could further improve both the reputation of the Bank as well as its ethical standing. These principles would also include a commitment to employees of the organisation but would also include the promise of support to small businesses which would be set up in support of the wider Cooperative Group operations. One example here would be of a small firm of delivery drivers which would be operating in support of rural farms in Northern Scotland. These would directly support the work of the Group in the sense of attempting to make the Group more local through sourcing food more locally and would therefore be supported by the Group knowing that there would be strong business there as the structure of the organisation changed.

The current economic climate and the Group

In making these critical comments of the Cooperative Group the employees would like to stress their knowledge and acceptance of the problems currently associated with the economic crisis within Europe and the wider world. However, it remains their belief that the Cooperative Group can become a beacon of what ethical business operations can do for the communities in which they operate. The employees believe that much of the current economic crisis was caused fundamentally by greed, be it the greed of investment bankers who made investments that they knew would not pay off, or invested in projects which they knew were unethical and which would result in damaged livelihoods. The Cooperative Group can stand opposed to these problems by creating a clear charter that it will not pay Directors hundreds of thousands of pounds in bonuses but will reinvest this money in local communities, supporting local farmers and local transport networks, supporting developing nations and the farmers who work there, helping to build links between the nations. It is the belief of the employees that if the Cooperative Group were to move forward and take on this more advanced ethical stance that it would be financially costly in the first instance as infrastructures would need implementing and there would doubtless be problems associated with this. However, it is also the belief of the employees that many people would support such businesses, particularly where they knew that it was directly affecting local business. It is certainly true that for many consumers the major consideration would remain price. However, the employees firmly belief that with hard work and the commitment of the wider Group, these ethical changes can be implemented in a successful manner.

• A stronger more direct commitment to moving the organisation forward in a sustainable and truly ethical manner.
• The Groups stance on issues such as Fair Trade is commendable and has been an important step in raising the profile of products such as chocolate and coffee and the issues surrounding the sourcing of the key commodities which these require.
• However, the Group must now acknowledge that the stance which it is taking on this issue is hypocritical – on the one hand advertising its own advocation of ethical sourcing and the importance of a fair price for growers whilst on the other hand continuing to directly profit from products which do not meet these standards.
• The Group would therefore benefit from a much more clear cut and well defined ethical approach in which its Grocery stores were operated on principles similar if not identical to those of the Food Wholesaler SUMA.
• The Group should oppose the sale of non-fair trade products under any circumstances and should work to source as many products as it can locally in order to support local industries, provide fresher produce to its customers and to provide greater local involvement.
• This process will encourage a greater involvement with local communities and will help the Group in becoming a dynamic and ethical supplier to local communities which becomes a part of these communities rather than being another huge chain which rips the soul out of local values and towns.
• To create an ethical pledge and commitment which will encompass all aspects of the Groups current ethical policies in a much more explicit and coherent way. One key example of this which the employees would particularly like to see is the following – The Group will not only commit itself to sourcing its own brand chocolate from fair trade farms it will actively support such farms with financial assistance from the bank and will undermine the market for non-fair trade products by refusing outright to stock such products.

Sachs, Jeffrey. “The End of Poverty: How We Can Make It Happen in Our Lifetime.” London: Penguin, 2005.

Stiglitz, Joseph. Sen, Amartya and Fitoussi, Jean-Paul. “Report by the Commission on the Measurement of Economic Performance and Social Progress.” 2009.

Weis, Tony. “The global food economy: the battle for the future of farming.” London: Zed Books, 2007.