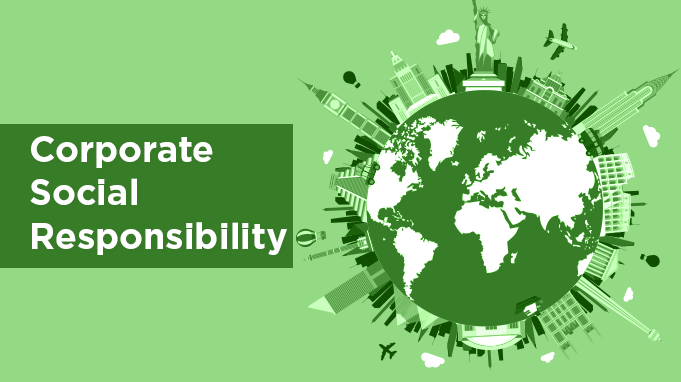 Critically discuss Corporate Social Responsibility (CSR). What are the implications for a firm that does not conduct CSR?

This essay will commence with showing that a definition of Corporate Social Responsibility (CSR) is required and will then provide a definition and an indication of the scope. CSR will then be broken down into groupings and each looked at from a company perspective to show the advantages of CSR and disadvantages when not using CSR. Companies have a choice; and the implications of not conducting CSR will also be considered.

There is very little legislature on the subject of CSR. The nearest available is environmental standards in the UK and Internationally by the International Organisation for Standardization (ISO). (ISO 14000, 2006). The newer Social Responsibility standards (ISO 26000, 2010) are only guidelines, with no fixed rules or framework for an organisation to certify to the standards. It is no surprise, therefore, that many companies define CSR in their own way, and thus can set their own objectives which they can easily attain. When it is born in mind that CSR can have such a wide range of practices that support it, it is easy for a company to pick and choose what it does.

So, for a discussion of CSR, a single consistent definition is required. The definition that will be used here is from the European Commission’s 2011-14 corporate social responsibility (CSR) strategy, which defines CSR as “a concept whereby companies integrate social and environmental concerns in their business operations and in their interactions with stakeholders on a voluntary basis” (UK Government, 2014: 3).

According to the Business Minister, Jenny Willott, MP “Corporate responsibility is at the heart of successful businesses.” (Willott, 2014). That means that it refers to a set of actions performed by a company, over and above its normal business, that contributes towards sustainable development.

Corporate Social Responsibility can include a wide range of factors, from ethical and fair trade to reputation and brand management. The UK Health and Safety Executive (HSE, 2014) identifies additional issues as part of CSR, including animal welfare, diversity and equal opportunities, community investment, giving aid to local organisations and communities in developing countries and helping to build the skills of the local people through community based development.

It is usual to identify these factors in a good light (as a bonus to the companies) and it is common to see CSR statements in companies’ annual reports and glossy handouts. However this can draw attention to a company’s practices and can be disastrous when non socially-responsible practices are exposed in the media. For example Nike when they were accused of using child labour in the production of its soccer balls in Pakistan. (Urip, 2011). Note that Nike went through a huge transformation as a result and are now considered an industry leader in the area of CSR (Ferrell, Fraedrich & Ferrell, 2013).

So CSR has a very wide remit. Buy why should companies take on CSR? To analyse this, it is necessary to group all the parts of CSR so that each one does not have to discussed individually. For the grouping, we use Schwartz (2011), who breaks down CSR into three distinct parts; these being legal, economic, and ethical. Each of these will be addressed in turn.

Addressing those parts of CSR which are covered by UK law, there is limited legislation in the UK on the subject of CSR. One reference is in section 172 of the companies Act, where it says:

“A director of a company must act in the way he considers, in good faith, would be most likely to promote the success of the company for the benefit of its members as a whole, and in doing so have regard (amongst other matters) to … the impact of the company’s operations on the community and the environment” (Companies Act, 2006).

Other countries have more strict legislation, for example in Denmark, there has been an obligation for larger businesses to consider and report on CSR since 2009 (Gorrissen Federspiel, 2014). In California, large manufacturers and retailers have to disclose what actions they are taking to address the risks of human trafficking and forced labour in their supply chains (Altschuller, 2011). It is clear that non-compliance with any legal requirements (whether CSR or otherwise) carries great risk and can cause the company to be prosecuted and potentially put out of business.

The economic issues would appear to make sense in that when following a CSR practice, the company can also save money, which translates to increased profit. One example is hotels that allow you to choose between reusing your towel and having it replaced depending on where you leave it after you have used it. This can save the hotel water and electricity to wash it, while still offering the guest the choice (McElhaney, 2008).

However where Pernecky and Lück (2013) suggest holding Virtual Meetings rather than physical meetings, thus saving travel, meals, hotels, etc. looks like it is a CSR policy that just saves money. However it is important to measure whether the virtual meetings attain the required objectives. Thus it is not always obvious which practices will lead to economic advantages, or which economic CSR approaches will meet the requirements of the business.

The ethical issues, such as a company taking a CSR approach without having to or clearly having economic benefits can also be used to gain positive publicity (Idowu & Filho, 2009), which can raise the image of the company, thus providing longer term benefits, such as increased goodwill. Idowu & Filho go on to say that this can be used for marketing to show that the company is ahead of its rivals due to its CSR approach.

One advantage of CSR is brand demarcation. Many companies look for something which will set them apart from the competition. For example the Excel centre, a large conference venue near Canary Wharf in London has achieved six awards relating to CSR, for example The Sunday Times “Best Green Companies” award (Excel, 2014). If a company is looking for a conference venue in London, and Excel is implementing CSR whereas another venue is not, this gives the client a reason to select Excel, and something extra the company can say on its marketing. So it is an advantage for Excel to support CSR which can lead to directly affecting the bottom line.

Having a CSR policy which is implemented and draws people’s attention to it can help to distract the public from other things that could have negative implications for a company. For example if a company have very high board members pay, this can lower the public’s view of the company. However if the company is seen to put the environment first, and it puts resources directly into supporting this, this can overshadow the board members pay (Grayson & Hodges, 2004).

A company that has a CSR policy throughout the company can improve the staff’s attachment to the company. They believe that their work partly helps the community and can do much to improve morale. Also they may be keener to participate in events such as fundraising which they may do in their own time and gain the company goodwill whilst costing the company nothing (ibid).

There is a trend moving towards CSR (Fiorina, 2003). With national and international standards on CSR related issues becoming more common, and laws likely to follow, there is a large bonus in getting CSR well embedded in a company before a law demands it. When laws are passed, this puts a fixed timescale on the changes to CSR. This can cause CSR to be implemented at an inopportune time, and a time when other companies are doing the same, and potentially costing many times more.

However the situation is not all good. There are considered to be disadvantages of CSR and these must be understood and addressed before a company implements CSR. There are those who say that the sole purpose of a business is to make money (e.g. Friedman, 1970). Anything that detracts from that is considered to be a distraction from the business’s core function. This can make share-holders get fewer dividends because the company is involved in a scheme which costs money and resources to implement but does not directly add to the bottom line. This point can be countered by a company implementing CSR policies in order to reduce excessive inputs and wastes in their supply chain, which saves them money (Idowu & Louche, 2011).

To take a more recent example, the Commission for Green Tax Reform in Portugal put forward a proposal on 9th July 2014 for a package of environmental taxes. These would include additional taxes on fuel, air travel and the use of plastic bags (Lomas, 2014). In fact, Fleming & Jones (2012) claim that CSR is fatally compromised and, when applied to large multinational corporations, does more harm than good. The claim says that many companies are not taking CSR seriously and only implement a few measures that help them make money and stop there rather than implementing a comprehensive CSR approach.

One question is whether a company’s CSR policy should also apply to all of its suppliers down the line. One example of this was in 2012 when Tazreen Fashions factory, a clothing making factory in Bangladesh caught fire and caused the death of 112 workers. The working conditions were appalling. This reflected badly on their customers, such as Wal-Mart and Sears, who sold products made in this factory. In the investigation, it was revealed that neither Wal-Mart nor Sears even knew that the products they sold were being made in this factory (Crane and Matten, 2012).

Without a set of standards there are no requirements from the government or standards organisations on implementation. Although there are demands from customers for CSR values (ibid), and as has been shown, the benefits are considerable, it falls to the companies themselves to implement CSR. And within the companies, it falls to the management of the company to set a CSR policy and use it to guide them throughout their company.

If management plan and implement a CSR policy, it can be rewarded. For example some companies have CSR targets and executives who deliver or exceed these targets are rewarded (Horrigan, 2010). Alternatively, CSR can be built into the plan right from the start. An example of this is the Olympics, where a philosophy is so much built into the Olympic Games that it is built into their charter. (International Olympic Committee, 2014).

As has been shown after mistakes such as at Nike, it can be critical to implement CSR policy throughout the organisation. Failure to do this can cause problems that can greatly affect the company’s goodwill and thus its sales.

These days, all major companies have a CSR statement (Musafer, 2014). And their CSR statement is being looked at to see if it is really authentic or just superficial. Musafer (ibid) also claims that if a company is not implementing CSR in a genuine way, it can be very damaging to that company.

To summarise, although CSR is not a panacea for any company, there are many CSR options that can be taken by companies which would benefit their company. In addition a failure to implement CSR approaches can be costly. However each company procedure should be considered as to whether it best suits the company to take a CSR approach depending on the costs and benefits (or risks).

Friedman, M. (1970)
“The Social Responsibility of Business is to Increase its Profits” New York: The New York Times Magazine

Willott, J. (2014)
Corporate responsibility is at the heart of successful businesses [Accessed 2 August 2014]