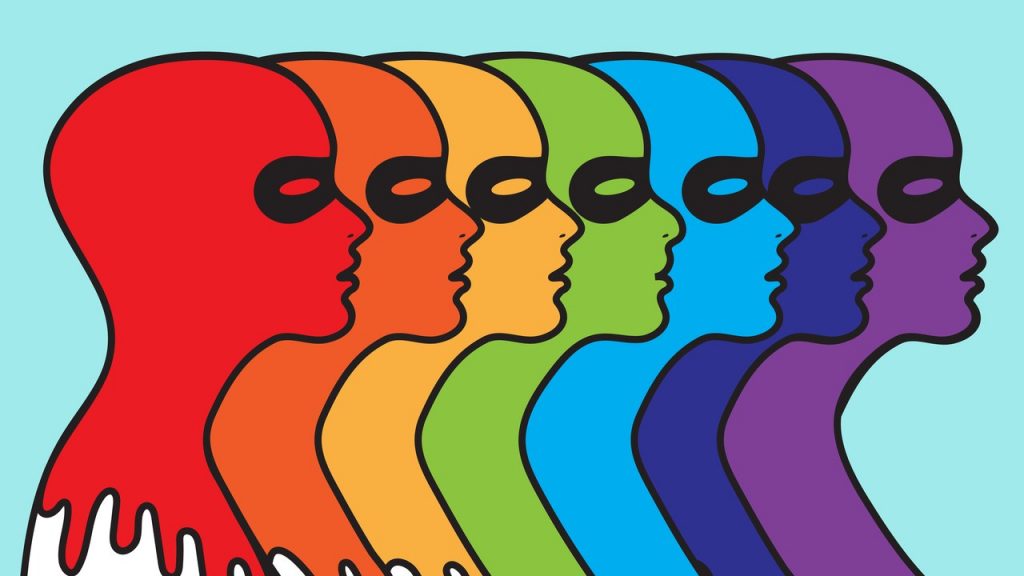 Describe how a being a homosexual young girl with gender identity issues can generate prejudice and inequality in schools, and their effects on students’ personal and social educational experience.

Atkinson and De Palma (2010) are among the researchers who realise that there is increasing concern about homophobia in schools. This concern extends to young children in primary school. Recognising the link between homophobic and transphobic bullying, Ofsted were prompted in April 2014 to reissue their guidance on tackling the issue in primary schools (Ofsted, 2014). While Moffat (2014) lacks research evidence to back his assertion that children as young as five need to learn about homosexual and trans-people, he convincingly identifies the need for early intervention as the key to addressing homophobic and transphobic bullying in primary schools.

Being a homosexual pupil generates prejudice and inequality in schools through homophobic bullying directly against them, and this bullying is rife in primary schools. An illuminating, though worrying, study by Stonewall (2009) found that 44 percent of primary school teachers stated that children in their schools experienced homophobic bullying, name-calling or harassment. Citing a study by Rivers (2000), the teacher’s union NASUWT highlights a variety of examples of abusive homophobic prejudice experienced by lesbian and gay pupils in school, including from name-calling to physical and sexual assault. The NASUWT point to research by the Gender Identity Research and Education Society (GIRES) which shows that school children can also experience gender variance, thus making them potential targets for transphobic bullying. In the Stonewall study (2009), a significant 17 percent of teachers report that ‘girls who act like boys’ are bullied. Both Stonewall and the NASUWT understand that transphobic bullying is additional to, and different from, homophobic bullying: young homosexual girls with gender identity issues suffer the two-fold risk of transphobic as well as homophobic bullying. Such bullying is likely to cause low self-esteem and the risk of self-harm and suicidal contemplation (DCSF 2007). It is unclear how this learning support will fit in the emerging revised national framework for PSHE, nor how homosexual students with gender identity issues will be included in the pupil voice which the PSHE Association (2014) rightly asserts is needed in shaping schools’ PSHE curriculum.

Homophobic and transphobic prejudice and inequality also become powerfully generated within schools as institutions. One way this happens in primary schools is through the prejudiced and unequal treatment of homosexual and gender dysphoric pupils producing a culture of negativity around being ‘gay’. In the Stonewall study (2009), three quarters of the teachers reported pupils saying ‘that’s so gay’ or ‘you’re so gay’. One of the teachers sums up the negative culture: ‘At primary level to call another child gay is currently a term of abuse’. Another way is through staff and parents abusing their power to treat homosexuality and / or gender difference with prejudice and inequality: the NASUWT stress that homophobic bullying can be perpetrated by any member of the school community. The process of institutionalised prejudice and inequality gathers momentum when fuelled by the school community’s preconceptions of ‘normal’ behaviour. The view from one of the teachers in the Stonewall study (2009) is striking:

‘People seem to be very definite in their ideas of what a ‘proper’ boy or a ‘proper’ girl should do or be interested in. It takes very little deviation from these so called norms for a person to be singled out and picked on.’

Within the school community, the family, itself an institution, is a prime agent in the generation and ‘norming’ of institutionalised prejudice and inequality. We know from researchers such as Crompton (2006) that the family plays a key role in reproducing social class and class inequalities. Family behaviour develops habitus within children unconsciously from a young age (Dumais, 2002). Bourdieu (1974) explains the experiential cycle whereby the family habitus fundamentally structures experiences in school, and the school acts as a conservative force for inequality. School staff and parents, as well as pupils, are all influenced by their families while they perpetrate, and perpetuate, prejudice and inequality in primary schools. In this oppressive environment, it is likely that the reinforcement of ‘positive social norms’ recommended for primary school PSHE (PSHE Association, 2014) will exclude or further repress young homosexual girls with gender identity issues.

Atkinson and De Palma (2010) argue that educational policy and practice need to recognise and understand the Institutional heteronormativity which lies behind individual cases of homophobia in schools. In schools with a heteronormative power structure, heterosexuality and clear male / female gender identities and roles are the only accepted norms. In her useful summary of subjectivation and performative discourse in relation to power in schools, Youdell (2011) summarises how Foucault would see this kind of repressive power as originating from the state (Foucault, 1991, cited in Youdell, 2011). This power leads to institutions, including schools, regulating their populations and subjecting them to the state’s ‘normative criteria for judgment’ (ibid). The young homosexual girl may well be subjected to the school’s prejudicial ‘norms’, and even end up subscribing to them as a mask in order to derive identity and recognition. The name-calling she suffers is potentially as destructive to her own, real identity as it is to her emotions, since in this subjection, as Youdell (2011) goes on to explain through Althusser:

We are ‘called’, and as we turn to the call we accept it, allowing ourselves to be recognized in its terms, in order to be recognized at all. In this acceptance and recognition we become a subject within the terms of the call (Althusser, 1971, cited in Youdell, 2011).

Youdell (2011) takes the subjectivation process further, showing through Butler how subjection is itself a power which makes and dominates us as named categories of subject (Butler, 1997, cited in Youdell, 2010). For Butler these categories are ‘performatives’: ‘that discursive practice that enacts or produces that which it names.’ (Butler 1993, cited by Youdell, 2011). The named category of ‘gay’ produces or generates a culture of prejudice in the school around ‘being gay’, and can be blamed for doing so: since performatives can be seen as culpable in the process of subjectivation (Youdell, 2011).

In conclusion, it seems that it is not so much the young girl’s homosexuality and gender issues which generate prejudice and inequality. Rather it is the unequal power dynamic within the state and its educational institutions, fed by prejudicial family and class norms, which give rise to unfair treatment by the whole school ‘community’ towards children who are different.

Bourdieu, P. (1974). ‘The School as a Conservative Force: Scholastic and Cultural Inequalities.’ In Eccleston, J., ed, In Contemporary Research in Sociology of Education, pp 32-46 Methuen, London.

PSHE Association (2014). How should I Teach and How? Available from : https://www.pshe-association.org.uk/content.aspx?CategoryID=1004